Learn how Katrina had to fight to make her family and health professionals understand that her chronic pain caused by endometriosis was not 'in her head'. 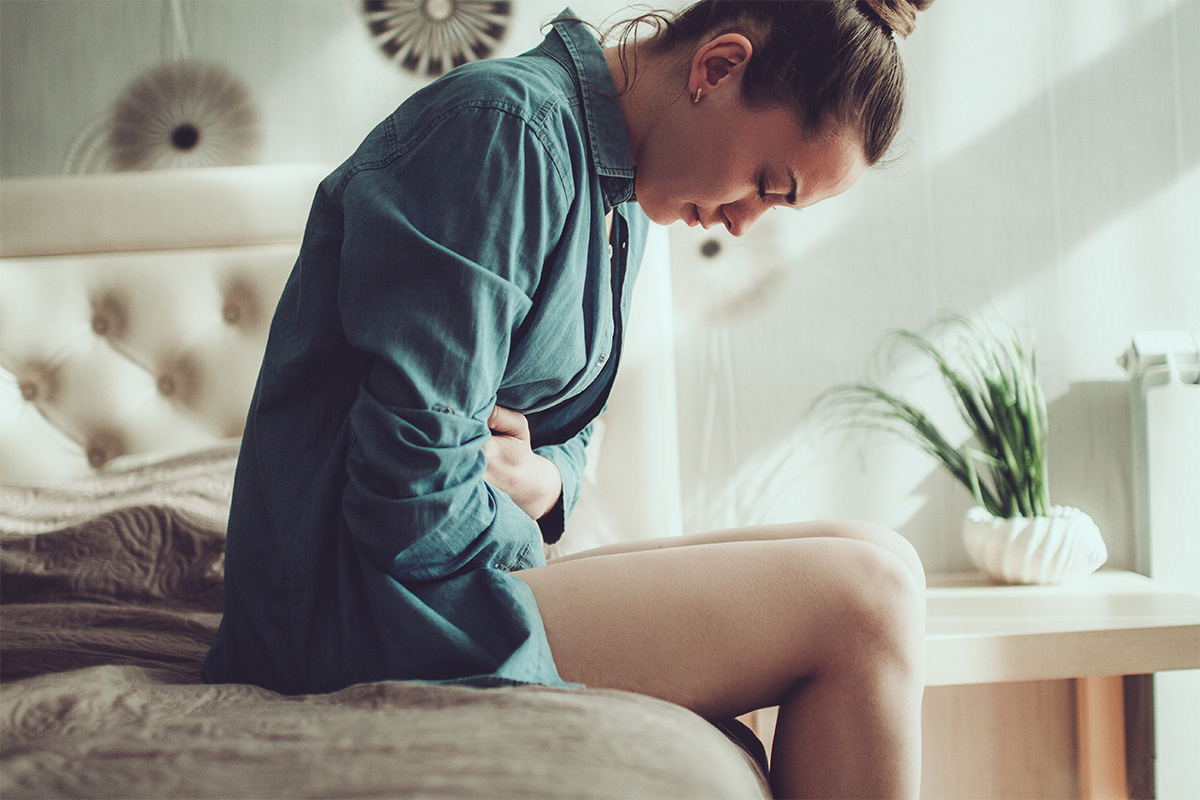 How do you describe pain to someone who can't feel yours? Katrina can’t escape her endometriosis pain – it's agonising, all-consuming, and defined her life. But health professionals and those close to her thought it was all in her head.

Katrina received her interstitial cystitis (bladder pain syndrome) diagnosis almost 20 years ago. Except this wasn't the reason for her pain—and the misdiagnosis might have cost her many more years of it.

Growing up, Katrina thought her period pain and bowel problems were normal. At 23 years old, she started experiencing extreme pain in her bladder and went to a urologist for help. It took around five minutes of talking about her symptoms to be told she probably had interstitial cystitis. The specialist confirmed this with a cystoscopy.

Looking back on what she knows now, she wishes she asked for a second opinion. But she was young. She understandably placed her trust in the hands of a health professional.

This diagnosis began a cycle of excruciating pain that trips to doctors and urologists couldn't work out.

‘No doctor ever questioned that [diagnosis] or suggested doing any further investigation,’ Katrina says.

‘My quality of life just got worse and worse and worse to the point where, at the age of 32, I was pretty much in bed for a couple of years on all sorts of opiates. Always trying to seek out alternative medicine and improve myself, but I just couldn't get any better, and I always ended up in the emergency department.’

Then came some hope. At 34, she started feeling well enough to focus on eating better and ‘pumping endorphins’ through exercise to help with the pain. She was able to maintain a full-time job again for the first time since her early 20s.

Katrina finally felt like she was back on track. So, when the pain came back with a vengeance, it was harder to deal with than before. She became very unwell, experiencing significant mental distress and weight loss.

‘I couldn't eat. I couldn't do anything. Just crying, constantly in pain, agony—like pure agony.’

At 38, she remembers sitting in the urologist's office, unable to stop shaking. She felt like her pain was being ignored by everyone—those close to her and health professionals. The visit ended with her admission to a psychiatric hospital. During her stay they didn’t investigate the source of the pain and tried to take her off the medication she needed to manage it.

After returning home, she continued experiencing significant depression. But Katrina didn’t let this stop her from searching for answers. She contacted a new urogynaecologist she found online with positive reviews.

In a significant turn of events, she went from a psychiatric facility to a hospital. The urogynaecologist decided to investigate further and performed a laparoscopy and cystoscopy.

‘He woke me up, and he said, “you don't have interstitial cystitis. You've got severe endometriosis, and it's everywhere”,’ Katrina says. It was on her bowel, cervix, bladder—everywhere.

Katrina's voice is strong and sharp. She's fed up with the medical treatment she's received over the years after being ‘let down by so many people’.

‘I spent traumatic time in psychiatric hospitals when I was in pure agony. Probably the worst place to be.’

At 41, she's already rebuilt her life many times over. She’s had to dig deep to find the courage to start again—something that most people won’t ever have to do.

‘It takes so much energy to rebuild your life after you've been sick in bed… and it's just tiring. And I was tired of fighting for a life that was probably always going to be in pain.’
It has been three years since Katrina's first laparoscopy.  Her second surgery was six months later.

‘To this day, my quality of life is not acceptable. I am managing work because I'm working from home, which is good. I do love my job, but it's very difficult for me. I am still in chronic pain.’

A pain clinic has told her that she's ‘high functioning’ because she's working. A label that makes her feel like her determination and hard work to stay afloat is being ignored.

‘I'm not high functioning. I'm crying in bed. I'm crying in the bath. I can't go out with friends,’ Katrina says. ‘The chronic pain services that are available are simply not resourced adequately to help.’

Endometriosis also affects her bladder function, causing urinary urgency (a sudden need to empty the bladder). She feels alone in this, having spoken to only one other person with the same combination of symptoms.

‘The problem for me is that as my bladder fills up, I get in more and more pain. Most days, I'm going to the toilet every half an hour and that is incredibly debilitating.

‘I'm in tears sometimes on the road desperately needing to find a public toilet and don't know where one is. I don't want to be in that situation. I'd rather avoid that. And the best way to avoid that is not to leave the house. I live on my own, so that's not really great.’

Pain medication taken helps her get to the gym, where she knows there's a toilet available. She sticks to her routine of cardio and weights because she knows the pain will be even worse if she doesn't. From there, hot baths and resting in bed help her manage her pain. The fatigue from the chronic pain is hugely disrupting to her life.

Katrina relies on her pain routine to get through the day—but she desperately feels there is a need for further research in endometriosis. She wants to see more shared knowledge between specialists in how to treat a patient and acknowledgment of how the disease impacts quality of life.

‘If this was your daughter, would you accept that she has to live like this?’ Katrina questions.

All you need is a referral into our centre. Download our GP referral form and take it to your GP. They can request for you to be referred into our centre, whether it be for treatment or to join one of our clinical trials. It’s that easy.
Patient Referral Form