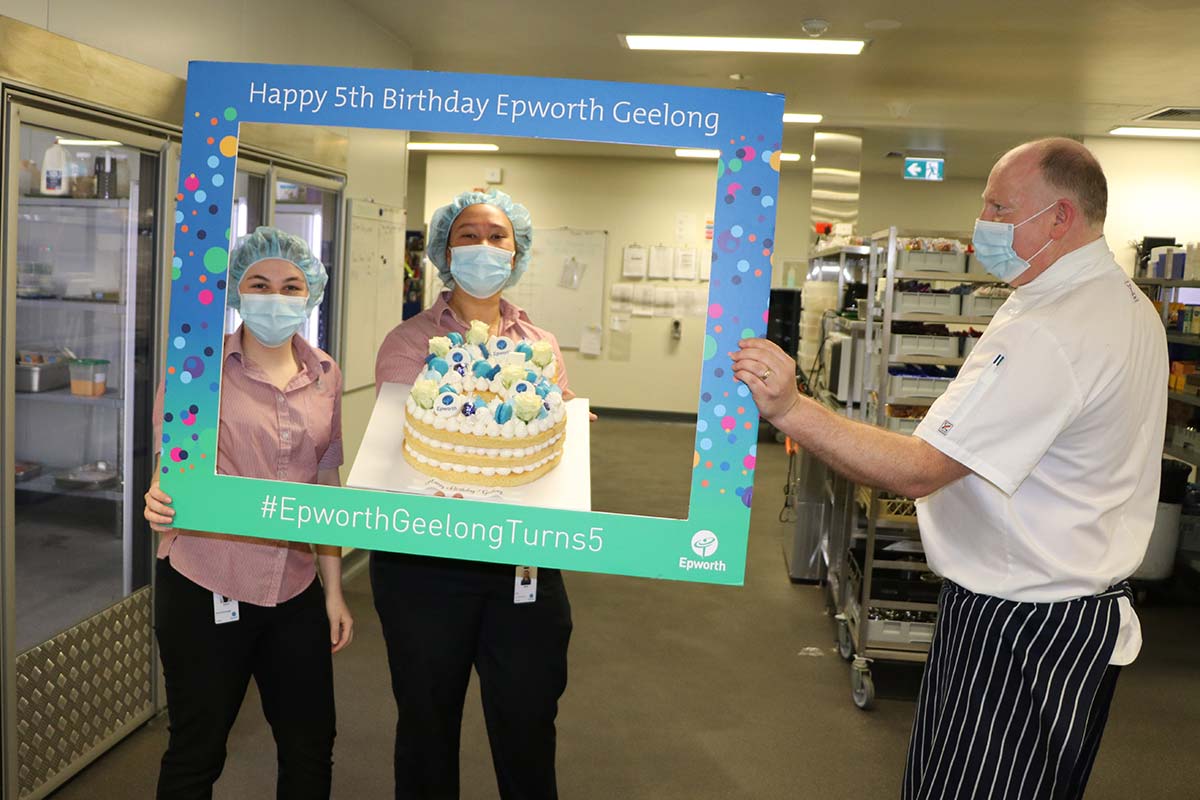 In 2014, when Leonie Lloyd commenced working as Clinical Operations Manager at Epworth Geelong, the hospital was still being planned. The site at Epworth Place in Waurn Ponds was just a paddock.

“When we opened Epworth Geelong, we had 350 employees. We now have 1,100 staff to meet the growing demand for cardiac, cancer, maternity, orthopaedic and emergency care.”

“It is humbling to see the support we have received from the community in the last five years,” Ms Lloyd said.

Ms Lloyd was born in Geelong and has lived in the region for most of her life.

She said most employees and doctors were locals.

“Our employees are committed to the region so you could be caring for your next-door neighbour or your friend’s mum. There are so many local connections in a community like this.“

More than 120-thousand people from Geelong and surrounding areas have been admitted to the hospital since it opened in 2016.

On the first day, just three patients were operated on in the 11 operating theatres at Epworth Geelong. There are now approximately 100 procedures each day.

The last five years has seen a big increase in medical oncology and haematology. The number of day oncology patients is up 25 percent, while overnight stays have doubled to 500 admissions per year.

Epworth Geelong was the region’s first hospital to carry out neurosurgery, with more than one thousand procedures undertaken over the last five years.

Over the last 18 months, Epworth Geelong has played a key role in the COVID-19 pandemic response.

The region’s hospitals worked closely together to ensure patient care was coordinated during challenging circumstances.

Epworth Geelong hosted a University Hospital Geelong surgical team during the pandemic, leading to faster diagnosis and treatment of cancer and other health issues for patients in the Geelong community.

At the start of the pandemic, a generous donation from the Anthony Costa Foundation enabled an expansion of the intensive care unit (ICU), fitting out three new ICU rooms and three high dependency rooms.

Epworth Geelong has also experienced a COVID-19 baby boom, with maternity bookings up 25 per cent on last year.

“It is no surprise that expectant mothers are choosing Epworth Geelong to have their babies. Our obstetricians, midwives and nurses provide exceptional prenatal, birth and postnatal care,” Ms Lloyd said.

“Our birthing suites are five-star hotel-standard, with an abundance of natural light. The purpose-built suites create a welcoming and safe experience for birthing mothers.”

Throughout the pandemic there has been an increase in people moving to Geelong. Ms Lloyd expects Epworth Geelong will continue to grow to meet that need.

“We’ve seen an influx of people moving, not only from Melbourne but from other regions into Geelong,” Ms Lloyd said.

“On top of that, we have families coming back as return patients, whether it’s to have another baby or to have other treatment after they’ve had a positive experience at Epworth Geelong.”

In the last five years, Epworth Geelong has: 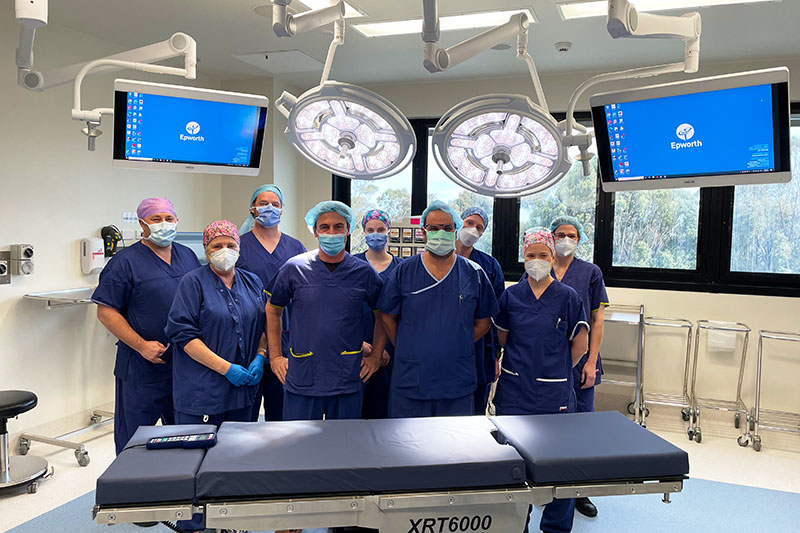 Theatres expanded to deal with surgery 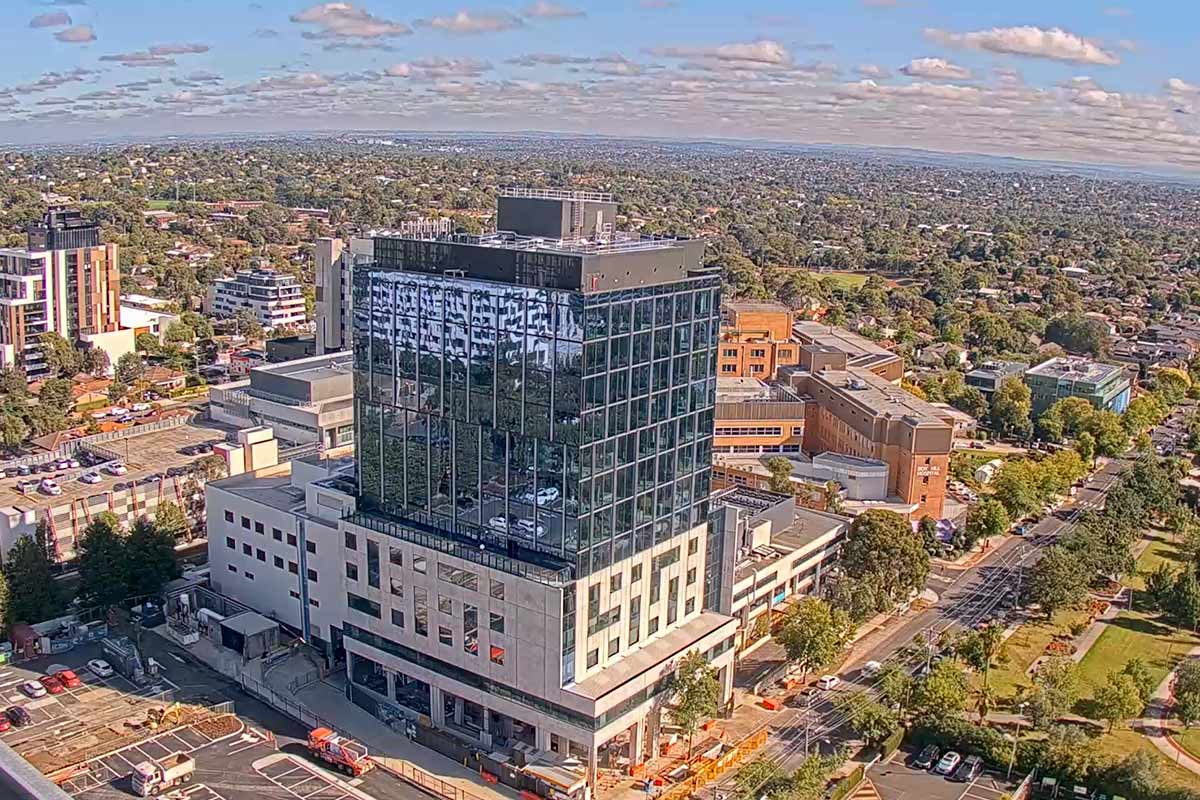